With lightning flashes in the distance and rain starting to fall over Butler Motor Speedway Thursday night, Kevin Reeve drove across the finish line under the checkered flags, a winner with the DIRTcar Summit Racing Equipment Modified Nationals for the first time in his career.

Starting fourth on the grid after a chart-topping effort in Hot Lap/Qualifying Group 1, Reeve wasted no time on drive up through the podium, already passing for second by Lap 5. 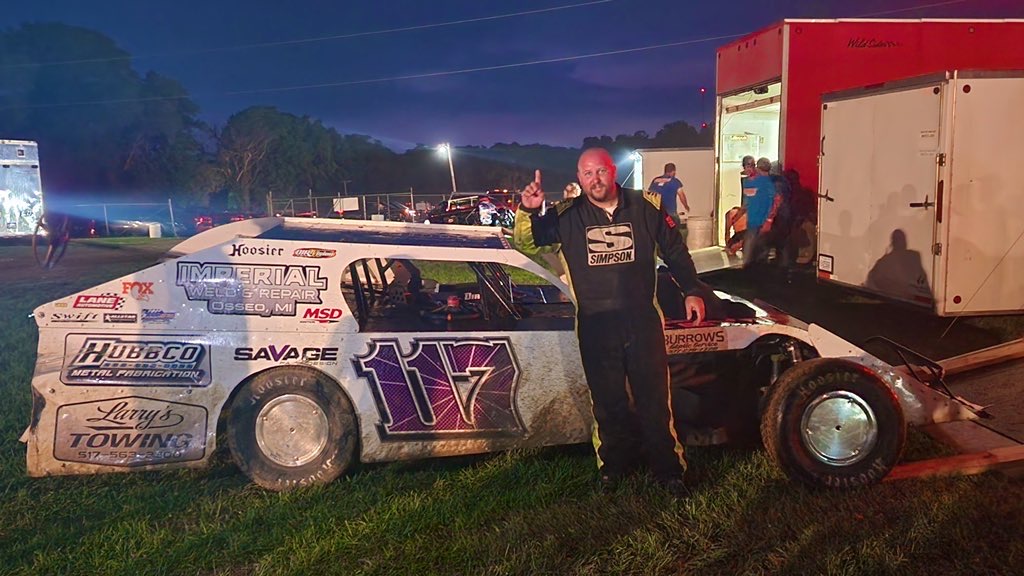 Already out front was last week’s first time Summit Modified Feature winner Chad Bauer, who was cruising away from the field before a couple cautions slowed his pace and erased his gap.

Reeve, of Hanover, MI saw an opportunity on a Lap 14 restart. Knowing the race was already past the halfway point and could therefore be declared official at any point if the rain came, he drove hard into Turn 1 and gave Bauer a big run to his inside.

“As the race progressed, you could see the bottom was a little better than the top,” Reeve said. “I watched the Late Model race, and most of the guys were on the bottom. So, I said we’ll try it on the bottom and see what happens, and it stuck.”

And stick it did, as Reeve powered by on the low side to take the lead for good down the backstretch.

“I was watching the lightning off the backstretch, and I said, ‘If it gets bigger, we’re gonna worry about it then,'” Reeve said. “I figured if we just ran some laps, we’d be fine. Then we had that one caution on Lap 8 and another on Lap 14.

“I said, ‘You know what, it’s time to go if we’re going to go because if they cancel it, it’s done now, halfway through.’”

Reeve led the rest of the way to become the 76th different winner in Summit Modified history, while Bauer, Todd Sherman, Steve Shellenberger and Josh Lolmaugh completed the top-five.

The DIRTcar Summit Modifieds are back in action Friday, July 22 at Tri-City Motor Speedway in Auburn, MI. If you can’t be at the track, watch every lap live on DIRTVision.