Event Description
The 2022 Hell Tour kicks off at Kankakee, where Devin Moran held off late challengers in 2021 for his second career DIRTcar Summer Nationals victory.

With lapped traffic in front and two multi-time DIRTcar Summer Nationals champions on his tail, Ryan Unzicker had a choice to make. Go now, or risk losing the lead.

“That 14 car – I just caught him at the wrong time,” Unzicker said. “He left the door open and I had to take it. I felt like if I didn’t, I wouldn’t have been giving it my all.”

Having led the season-opening Feature for the 37th annual Hell Tour Tuesday night at Kankakee County Speedway since the drop of the green, Unzicker managed to fend-off the pressure from behind him for over half of the race when he came up on a lapped car in front of him, right in his lane.

Knowing Bobby Pierce and Dennis Erb Jr. were right on his tail, Unzicker decided to make a quick decision and shoot a narrow gap that opened as they went through Turns 3-4.

“We gambled, took the shot, made some contact with him, so I’m glad my right-rear held,” he said. 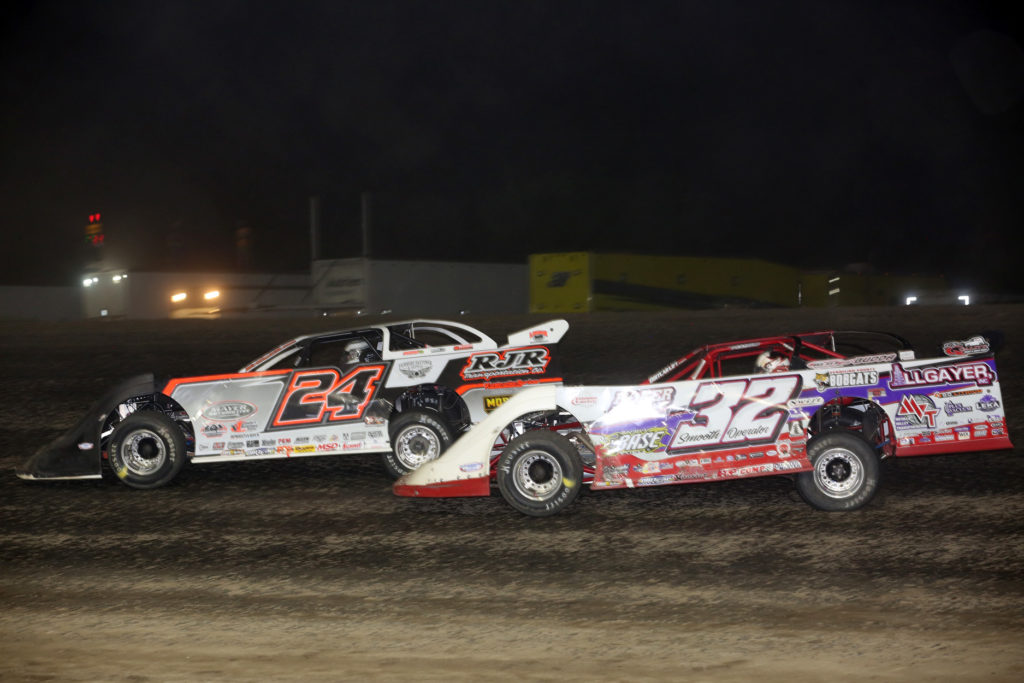 Unzicker didn’t get by without contact, and neither did the next guy coming through. Several laps later, the leaders approached more traffic and more tough decisions to make in getting by. Pierce got into Jeff Roth when making a pass on him just after halfway, enough to allow Erb Jr. to get by for second.

Once Unzicker freed himself from the traffic tangle, it was time to play heavy defense again. Hugging the bottom lane for the entirety of the race, The El Paso Express held strong on the low side and denied both drivers passing attempts over 40 laps to collect $5,000 and his first win on the Summer Nationals trail since June 2018.

“My stick guy was pounding me to the bottom, telling me they were right there,” Unzicker said of feeling Pierce and Erb so close behind him.

To his early-season success, Unzicker attributes much of it to his work earlier in the night, laying down the fastest lap in Group 3 Qualifying and winning his Heat Race. That set him up for a pole redraw, which allowed him to get out front early and eventually lead all 40 laps.

“I’m fortunate to start up front, that’s the biggest thing,” Unzicker said. “Fortunate to have a good car for the first six or seven laps to sustain the lead.” 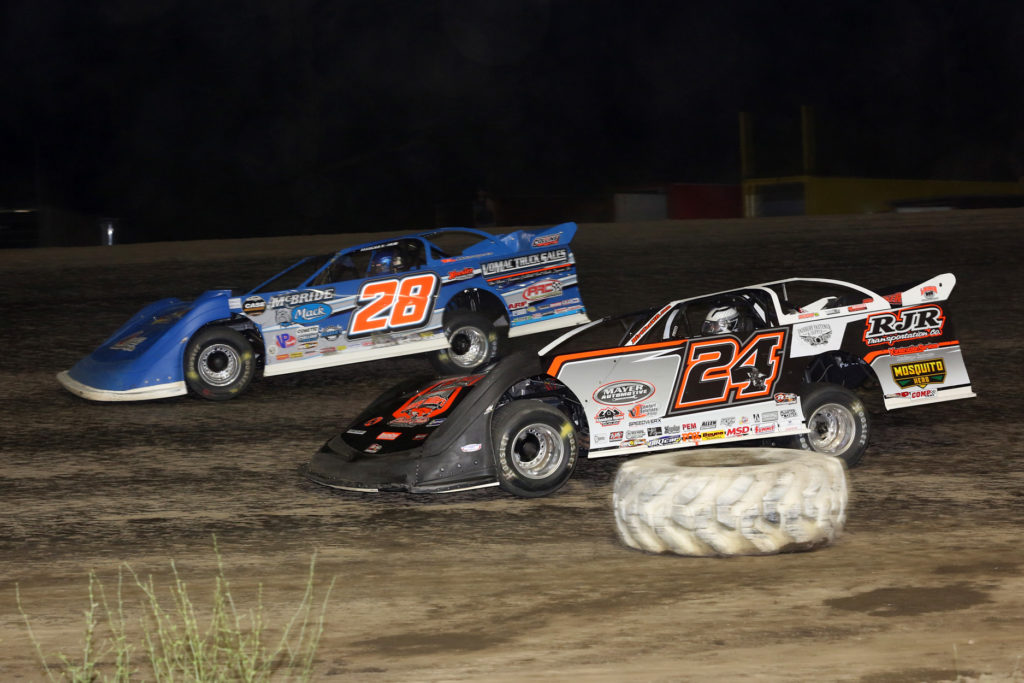 Defending Summer Nationals champion Bobby Pierce was able to get back to second after Erb slipped up in a pass attempt for the lead later on and finished runner-up. Erb, the current World of Outlaws CASE Late Model Series points leader, crossed in third, while young Drake Troutman made it to fourth pulling double-duty. Jason Feger, celebrating 20 years of racing this year, rounded out the top-five.

Summer Nationals rookie Payton Freeman, of Commerce, GA, made a sound debut on the tour with a victory in his Heat Race and a sixth-place run in the Feature. The 19-year-old had limited experience on Midwest ovals prior to Tuesday but his determination and raw talent shined through on Tuesday.

UP NEXT
The DIRTcar Summer Nationals continues Illinois-Iowa Week action Wednesday evening at Peoria Speedway in Peoria, IL. If you can’t be at the track, stream all the action live on DIRTVision.