Event Description
The DIRTcar Summer Nationals makes its annual stop at one of DIRTcar's oldest weekly-sanctioned venues, Tri-City Speedway, for the first $10,000-to-win showdown of the 2022 tour.

Stadium Seating
On the backstretch

Personal Coolers
All coolers are prohibited

Alcohol Sales
Race fans that consume alcohol are encouraged to drink responsibly. All alcohol sales will require a picture ID as proof of age; you must be 21 years of age or older. Tri-City Speedway may refuse to serve alcoholic beverages to any person for any reason.

He broke Thursday night while leading, but Friday night at Tri-City Speedway was Bobby Pierce’s race for redemption.

The four-time and reigning DIRTcar Summer Nationals champion was forced to earn that redemption, however, working his way around fellow Hell Tour champion Dennis Erb Jr. in the second half of the 40-lap main event to claim the first $10,000 check of the season.

To go along with the riches, a nice dose of true Hell Tour experience was served to him on a silver platter.

“Today felt like Hell Tour, for sure,” Pierce, of Oakwood, IL, said. “It was humid, hot. We had a little issue qualifying… it was typical Hell Tour today.”

After making repairs to a broken rear-end after Qualifying, Pierce won his Heat Race and lined up third on the Feature starting grid. Erb jumped out to the lead and held it firmly through the first 27 laps, fending-off multiple challenges from Pierce to his inside on several restarts.

“The cushion was the place to be, but you had to run it so weird, and it was so treacherous up there that it was hard to run,” Pierce said. “I started running that bottom and I think I kinda sucked Erb down. Once he started running the bottom and was mixing it up, we were having a hell of a race.”

Erb continued through the low-middle groove as the race crossed the halfway point. Pierce continued following the bottom lane as well but went a little too low at one point and clipped one of the infield tractor tires on his way through. That’s when he knew it was time to move up and get serious about a move for the lead.

“I actually hit one of the tires shortly before I passed [Erb],” Pierce said. “I hit it coming out of Turn 4 pretty good. I got [it with] the left-front tire and the wheel jumped out of my hand for a second.

“At that point, Dennis was somewhat leaving the door open, and I’d found a little bit of a line under there that the car wasn’t bouncing so bad. I was able to just get enough momentum and I got around him.”

Pierce braved the infamous Tri-City cushion on Lap 27 and made it through smoothly, getting a big boost of speed off Turn 4 to grab the lead away for good and leading the rest of the way to collect his 43rd career DIRTcar Summer Nationals victory.

Erb held on for second and his second top-five this week; World of Outlaws CASE Late Model Series regular Ryan Gustin rounded out the podium. Shannon Babb finished fourth in his season debut with the tour, Tanner English was fifth and previous points leader Ryan Unzicker drove all the way from a provisional 19th starting spot to finish sixth.

The DIRTcar Summer Nationals Late Model action continues with another $10,000-to-win show Saturday night, June 18, at Fairbury Speedway in Fairbury, IL. If you can’t be at the track, watch every lap live on DIRTVision. 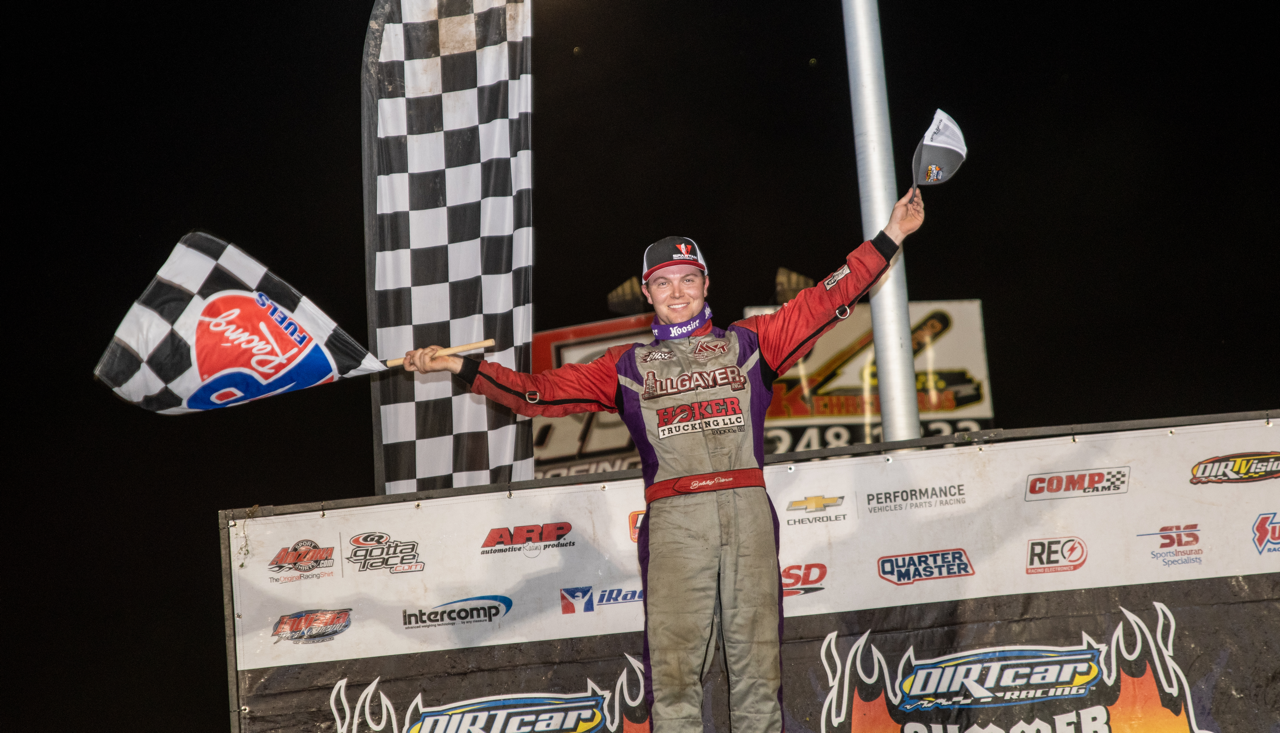 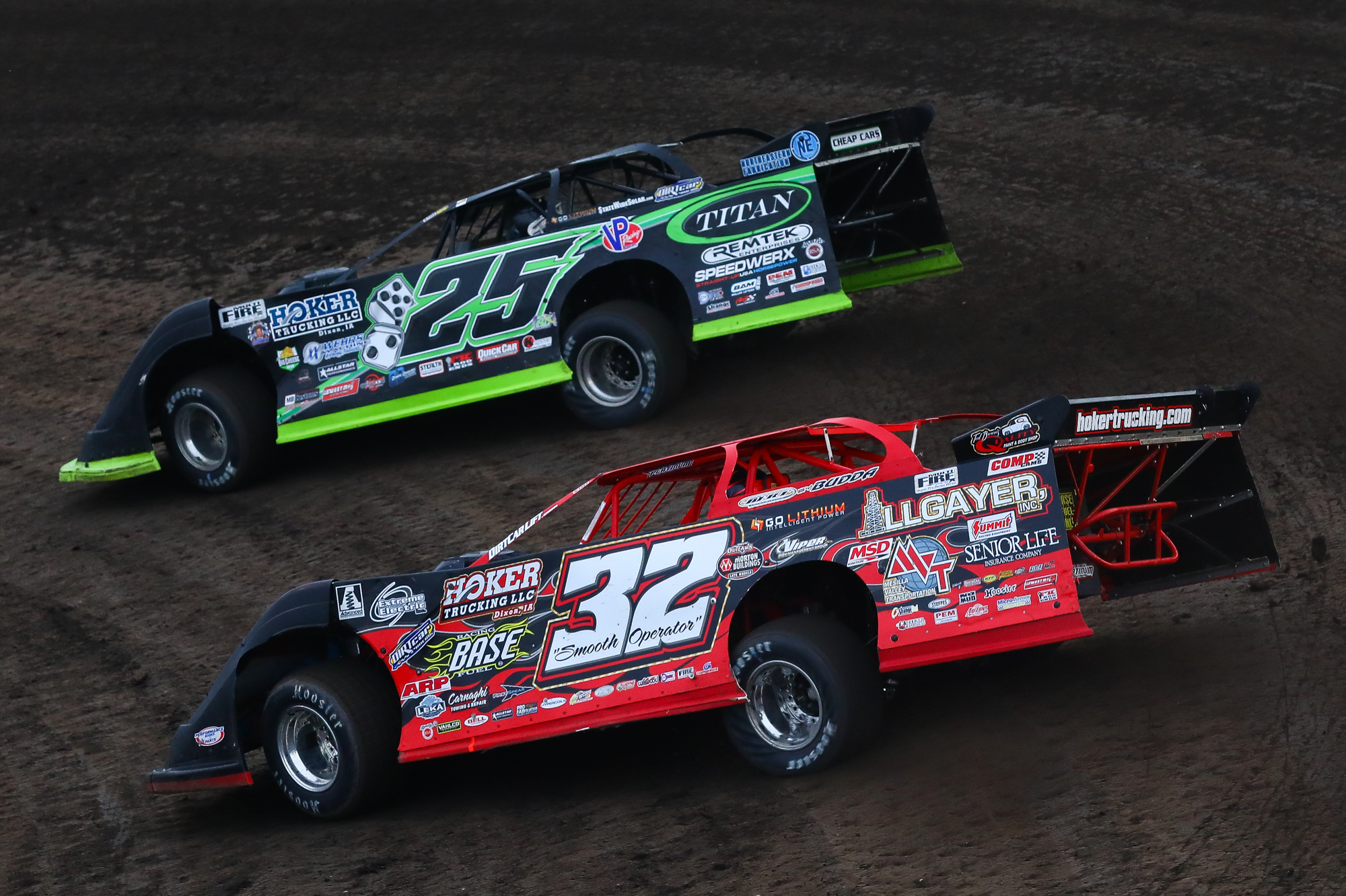 WHAT TO WATCH FOR: 37th Hell Tour Kicks off in Illinois, Iowa 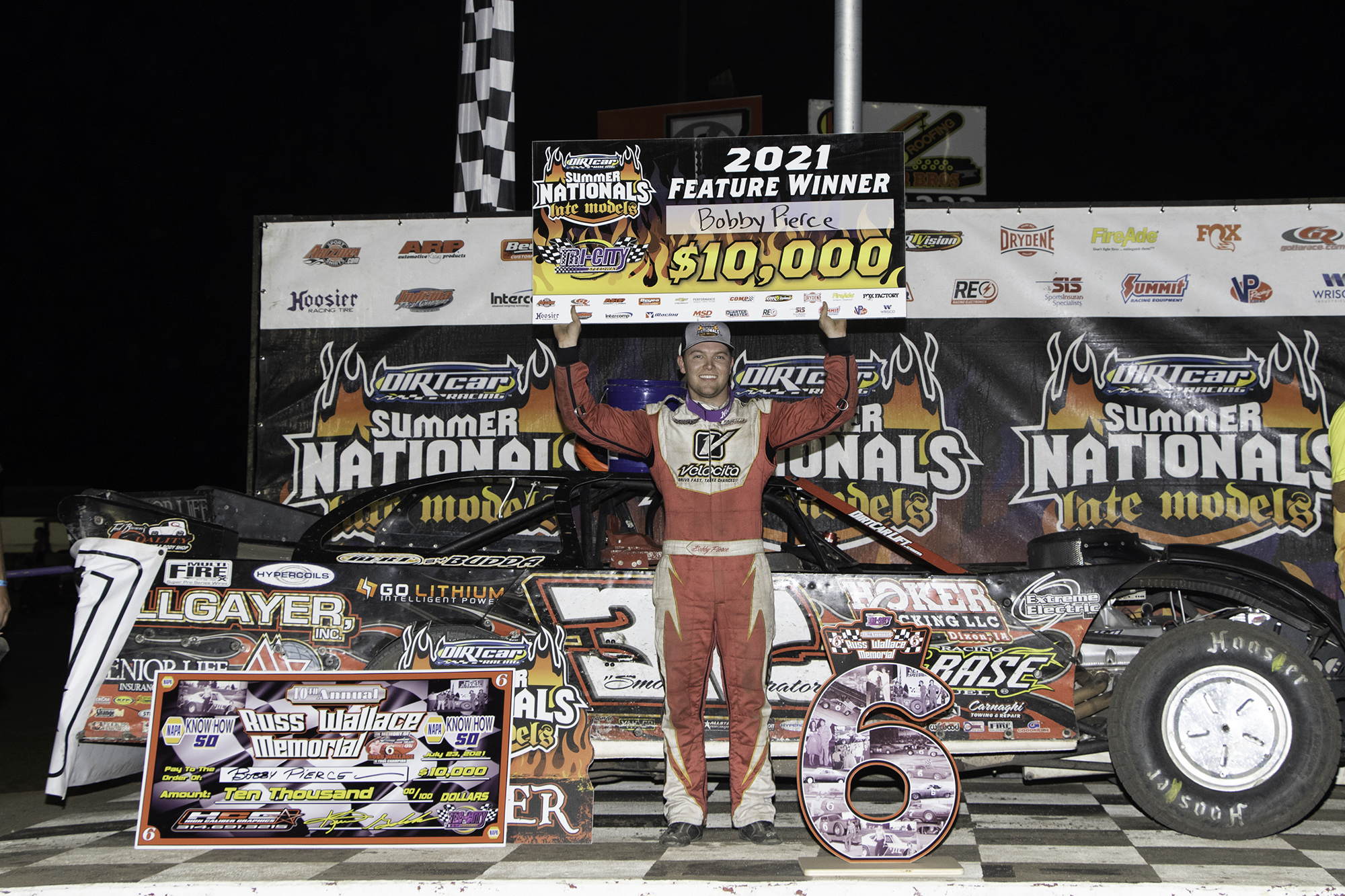 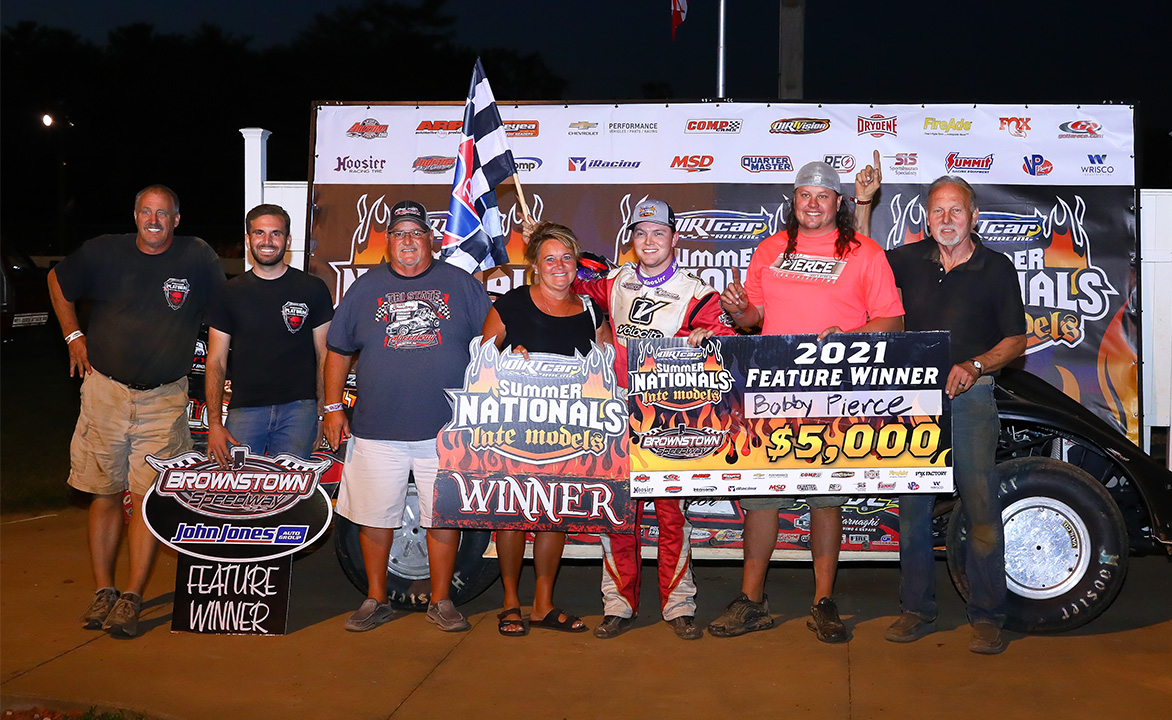 BEHIND THE SCENES: A week on the Summer Nationals tour with Bobby Pierce 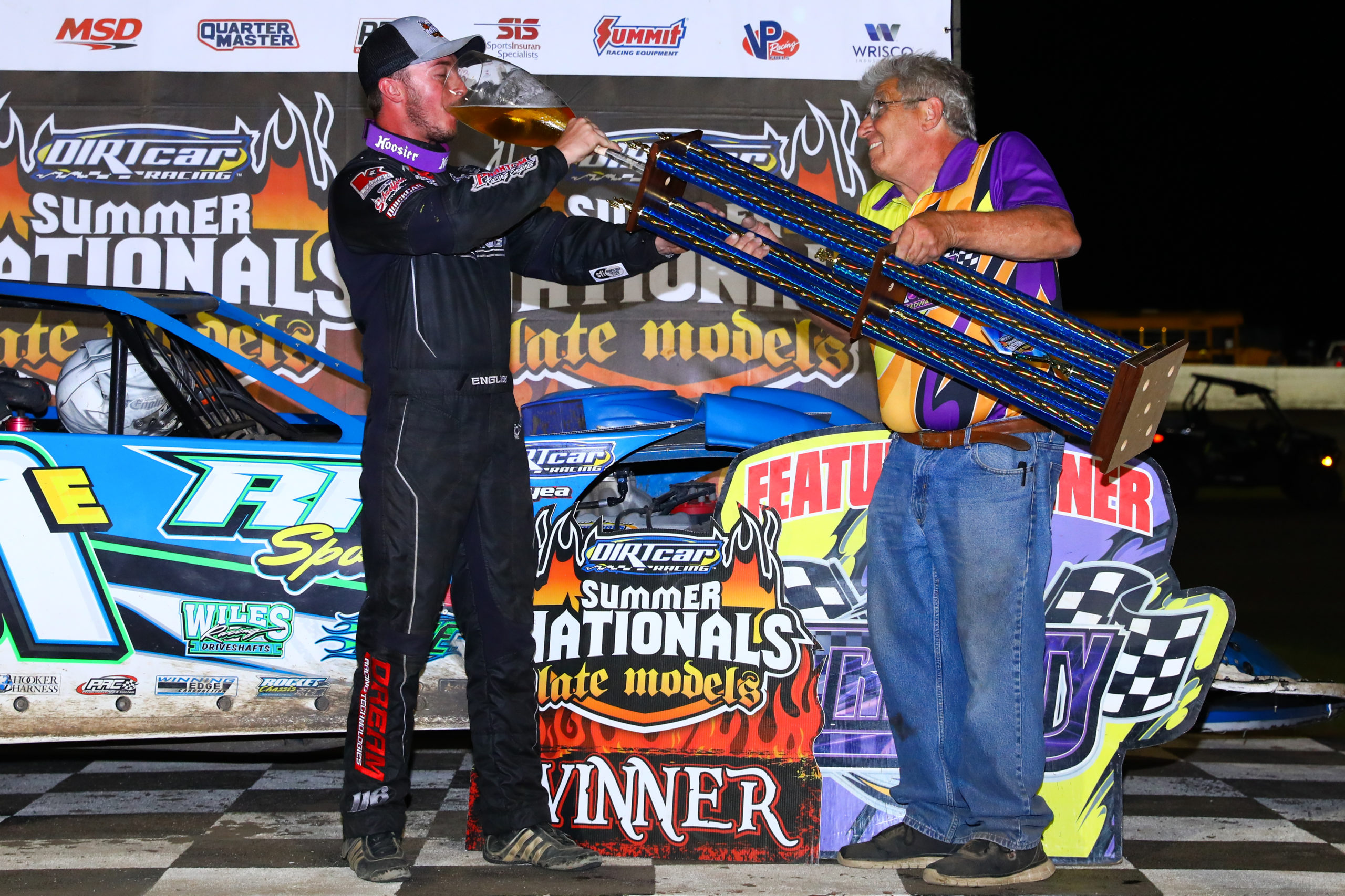 BEAT THE HEAT: English Holds off Pierce in Final Corner For $10K Victory at Tri-City 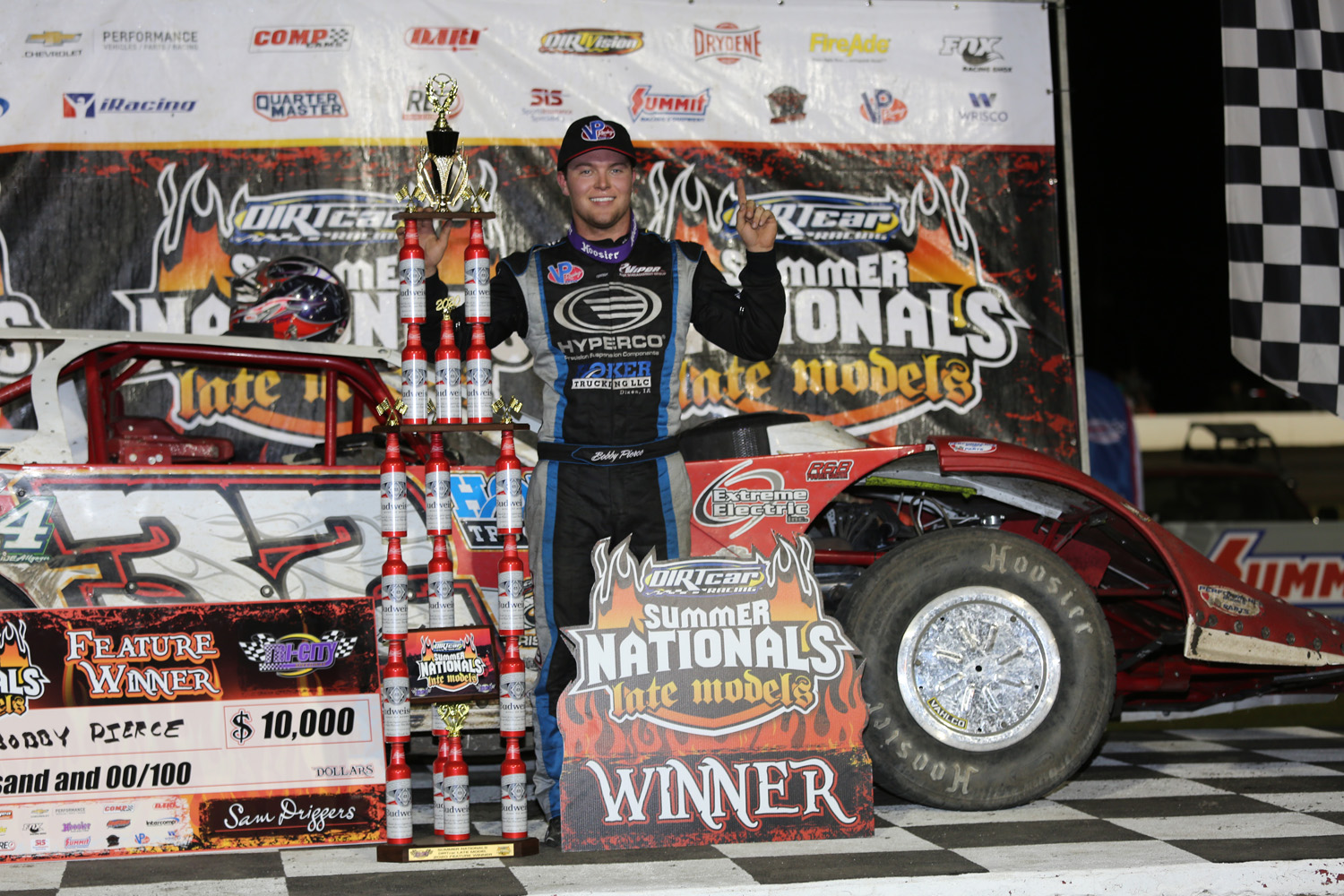