The streak just keeps on going for Nick Hoffman.

Sunday night’s DIRTcar Summit Racing Equipment Modified Nationals event at Sycamore Speedway was another perfect night for the four-time and defending champion, as he swept the night with top finishes in Qualifying, Heat Race, and leading every lap of the Feature for his 62nd career triumph on the Hell Tour. 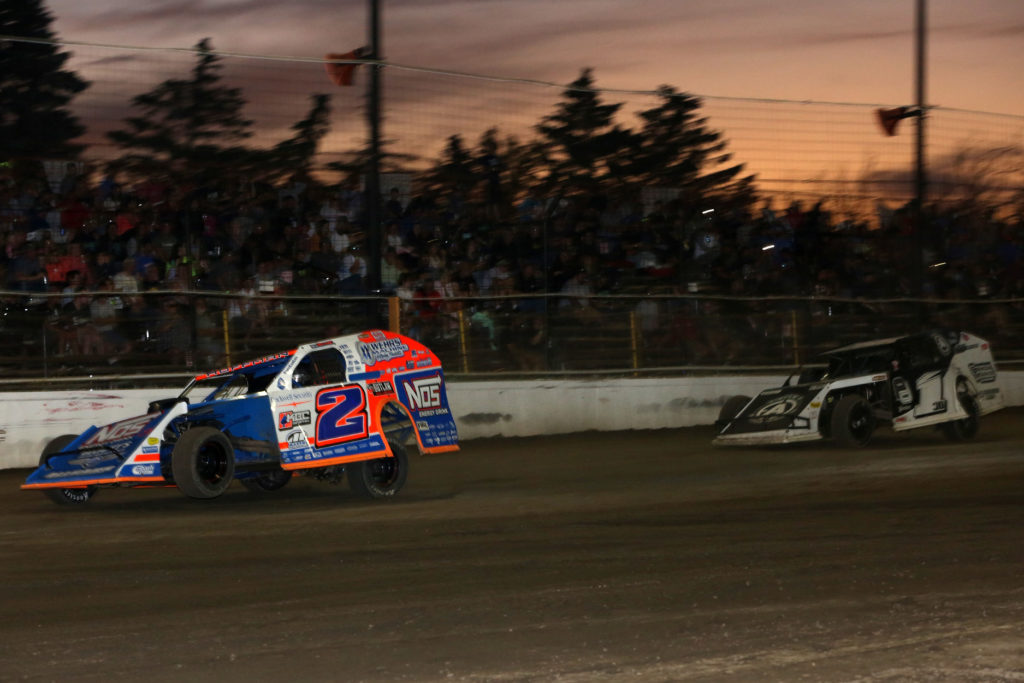 To do it, he had to beat Midlothian, TX-racer Chase Allen, who’s not as accustomed to racing the UMP-style Modified typically found in the area. However, he’s been consistent through the first week of the tour, appearing in all five Features contested.

“Chase Allen’s done a really good job racing with us,” Hoffman said. “This is a whole different deal for him to come over and race on our tires and our playing field. He’s been pretty good.”

Next week, Hoffman and the Summit Modified regulars take aim at some staple Illinois and Missouri venues, like Spoon River Speedway, Federated Auto Parts Raceway at I-55, and the newly reopened Adams County Speedway in Quincy, IL. But first, two days off on Monday-Tuesday, setting up a return to action in Quincy on Wednesday, June 22.

“These couple places coming up – I haven’t been to Quincy in probably three years, so that place should be interesting,” Hoffman said.